Boonie Hat Coffee Company is a Veteran-owned coffee roastery. We air-roast our smooth artisan coffee on-site, offer a variety of artisan coffeehouse beverages, and offer our own artisan K-style cups. 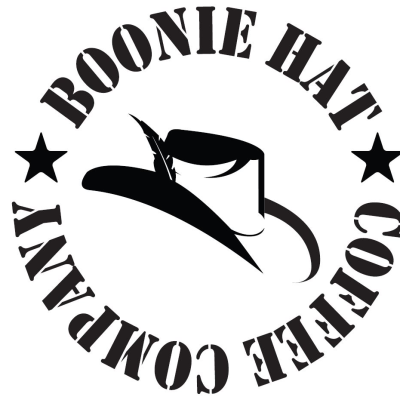 Luis Saavedra grew up in Muscle Shoals, Alabama.  He graduated from the University of Alabama with a Bachelors of Fine Arts degree in 1999.  He married Sharon Gravely Saavedra in 1999, and they embarked on a series of adventures all over the world.  After serving as Home Missionaries with the Assemblies of God Church, Luis served as an Officer in the U.S. Army.  While stationed in Washington State, he developed a love for fresh-roasted artisan coffee.  Luis has lived in the Opelika/Auburn area since 2012 and is the owner of Boonie Hat Coffee Company.  When not roasting coffee, he is preparing his son, John Moore, to have some adventures of his own.